The activist investor Elliott Advisors is exploring plans to acquire a big stake in Dixons Carphone following a slump in the mobile phone and electrical goods retailer's share price. 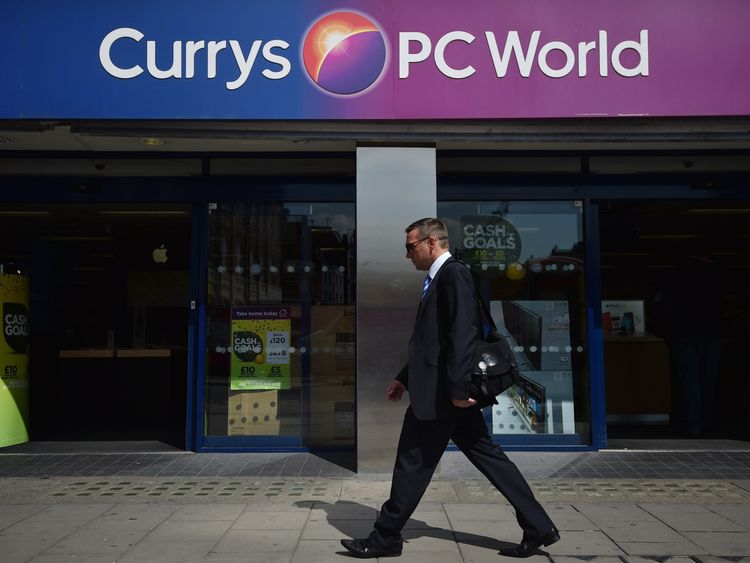 Sky News has learnt that Elliott, which has built shareholdings in some of Europe's largest publicly traded companies in recent years, has been undertaking detailed analysis of Dixons Carphone's finances for several weeks.

The retailer, which is due to update the City on its Christmas trading performance on Tuesday, has seen its market value slide by close to 30% over the last 12 months amid deepening concerns about consumer confidence and the health of the British high street.

City sources said on Monday that Elliott had not yet begun to buy shares in Dixons Carphone and may opt not to do so.

"Elliott looks at lots of companies, and more often than not does not end up acquiring a stake," said one person who knows the asset manager well.

Suggestions of stakebuilding in Dixons Carphone have been circulating in recent weeks, with insiders suggesting that a recovery in the prospective valuations of its Nordic and Greek businesses could make disposals of those divisions attractive.

"A new owner could sell those assets and effectively own the UK business for free," said one source.

Details of Dixons Carphone's festive trading performance will be published just weeks after the company, run by Alex Baldock, announced a first-half loss and plans to slash its full-year dividend.

The loss was triggered by almost £500m of exceptional charges which largely related to its UK mobile phone operation.

Dixons Retail and Carphone Warehouse combined in a £3.8bn merger of equals in 2014, but the combined group has found the going tough, particularly as consumers in Britain have reduced the frequency with which they upgrade their mobile contracts.

Among the largest shareholders in Dixons Carphone are Sir Charles Dunstone and David Ross, the Carphone Warehouse co-founders, who between them own about 15% of the company.

When Mr Baldock, the former boss of online retailer Shop Direct, replaced Seb James as the group's chief executive last summer, he criticised the state of the business, saying it needed to be "much sharper".

It has since announced plans to close roughly 100 stores across the company's British operations.

Any confirmation by Elliott that it is beginning to build a stake in Dixons Carphone is likely to deliver an immediate boost to the company's long-suffering shareholders.

Elliott has become arguably the most-feared name in blue-chip boardrooms on both sides of the Atlantic.

The firm, run by Paul Singer, has built stakes in UK-based companies such as Hammerson, the commercial property group, and Micro Focus, a software maker.

Last year, it was reported to have bought a stake in Vodafone, although such a move was never confirmed.

Further afield, the firm, which also operates under the name Elliott Management, has become a shareholder in companies such as Telecom Italia and Pernod-Ricard, the French spirits giant, where it has pushed for governance and other changes.

In recent months, Elliott has become increasingly active as an outright acquirer of companies such as Travelport, a technology provider to the travel industry, which it said last month it would buy with Siris Capital in a $4.4bn deal.

Sources said it remained unclear what Elliott's intentions would be towards Dixons Carphone if it did buy a stake in the company.

The fund could push for disposals of its international units, an outright sale or, less likely, adopt a more patient stance and await a rebound in the company's valuation.

Shares in Dixons Carphone, which is chaired by Lord Livingston, the former BT Group chief executive and trade minister, were changing hands on Monday morning for around 135p, virtually unchanged on the day.

That gave the group a market capitalisation of £1.57bn.