'Pessimism and uncertainty' as the risk of a global downturn looms

The world is at risk of an economic downturn if slowdowns in China, America or Europe ripple round the globe, according to the global chairman of consultancy giant PwC. 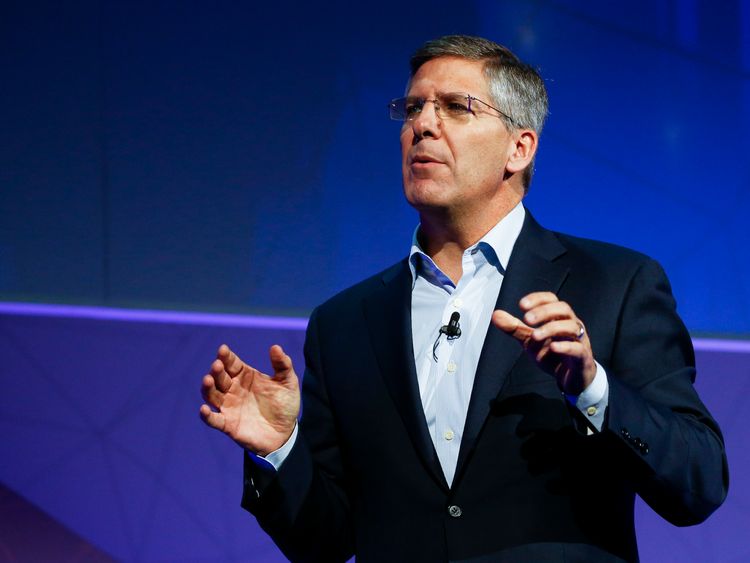 Bob Moritz told Sky News that the world was "too integrated" for there not be contagion from problems in "the US, China, Brexit, or the EU".

He said: "I think you have signs of risk of a potential downturn. Look at the investment that the Chinese have made in their Belt and Road initiative. If they retrench, then it has an impact.

"There is a contagion and contingency. There is a lot of populism and nationalism in the world at the moment but we don't operate in silos. Big changes will have ramifications for the whole world."

Mr Moritz was speaking in Davos, where he is attending the World Economic Forum. His company employs 250,000 people in more than 150 countries around the world, offering advice on accountancy, tax and corporate management.

The company conducts an annual review of attitudes among chief executives around the world. This time round, according to Mr Moritz, the results made for sober reading.

"We had the opportunity to interview 1300 CEO's from around the world. This year it is very clear that the level of pessimism has increased.

"It has done a 180-degree turn from last year. Plus their confidence in the economy has come down. There is still confidence, but the degree of that confidence has waned.

"The results of our survey are closely correlated with what GDP growth looks like. When one goes down, so the other one tends to go down. So it's a concern.

"The question is what impact that fall in confidence has on these chief executives' businesses and what they will do."

Mr Moritz said that he shared the concern about the slowdown in the Chinese economy, saying that he thought the main question could be whether future investment was focused domestically, or whether the country would continue to look for investment opportunities overseas.

Mr Moritz said that, in the eyes of many chief executives, the UK remained an attractive place to invest but said he thought Brexit "adds to the level of complexity and uncertainty" because "institutions, businesses and governments, including people here in Davos, cannot predict what will happen".

Mr Moritz's company, which employs more than 22,000 people in the UK, told me that "pessimism and uncertainty go hand in hand", and that both were now rife.

"They push each other along - pessimism leads to uncertainty, and vice versa. Both of them go back to confidence in whether chief executives are willing to invest, what they do and how they do it.

"But it also talks to how government officials serve their stakeholders, who are the voters. It's about whether they do what's best for the countries they represent, whether they have the confidence to make hard decisions."